Cole 'On Course For Record Number One' 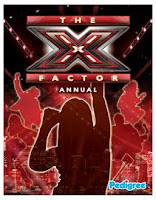 Cheryl Cole's debut solo single 'Fight For This Love' is on course to be the fastest-selling single of the year so far.

According to midweek sales, the song shifted 134,000 copies in just 24 hours and has surpassed first day sales of Alexandra Burke's number one 'Bad Boys' last week.

Burke sold a total of 187,100 copies of her single over the seven-day period, making it the current fastest seller of the year.

"This will be second successive week of massive single sales - led by Cheryl. Her first days sales are just amazing and put her in pole position to top the Official Singles Chart on Sunday," Official Charts Company's Martin Talbot said.

"Together with Alexandra Burke, she is likely to set the sales standard by which everyone will be judged for the rest of the year, in the run-up to Christmas."

More than 14 million viewers tuned in to watch Cole perform the track on The X Factor on Sunday.

If you're a fan of the X Factor, or know someone who is - get your hands on the X Factor annual for only £12.99. We also stock the latest range of ipods and mp3 players to play your favourite tracks on the move. 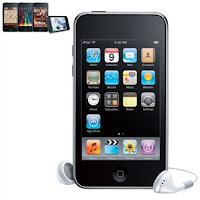 Ipod Touch
£169.99
Email ThisBlogThis!Share to TwitterShare to FacebookShare to Pinterest