An increasing number of British Actors are searching for their big break in India's film industry.

A combination of the effect the recession has had on the film industry in the UK and an ever increasing demand for white skinned performers in Bollywood has led to 1000 white British actors heading to Mumbai in the past 3 years according to casting directors.

The huge success of films such as Slumdog millionaire has really put India on the map in regards to worldwide audiences.

Watch all of your favourite movies on this fantastic Samsung B450 LCD TV from only £399.99
Email ThisBlogThis!Share to TwitterShare to FacebookShare to Pinterest

Already an existing Studio customer? 24studio.co.uk are offering free delivery for 24 hours only with order code 040

To take advantage of this offer simply place an order of £20 or more within the next 24 hours and enter order code 040 at the checkout and you will save at least £4.99 with our free P&P offer!

Hurry offer ends
No comments:
Email ThisBlogThis!Share to TwitterShare to FacebookShare to Pinterest

July Offers of the Month

Stay local this summer! With plenty of sunshine and just a few garden improvements, you can soak up summer 2009 in the luxury of your own home.

In July Offers of the Month, you’ll find over 250 items reduced, including this fantastic folding hammock, now only £39.99 Treat yourself to a lazy afternoon you deserve it!

Hurry, like the British Summer, these offers can't last long! Check out 24Studio.co.uk now.
Email ThisBlogThis!Share to TwitterShare to FacebookShare to Pinterest

Dumbledore is a dad again

A family friend said: "Philippa gave birth at a London hospital without complications and little William is a beautiful bouncing baby. It is a very strange set of circumstances worthy of a film script in itself. "

Michael Gambon joined the Harry Potter films in the third instalment, The Prisoner of Azkaban, after the original Dumbledore Richard Harris died.

The next film, Harry Potter and the Half Blood Prince is out at cinemas in July
Expecting a baby? check out these fantastic nursery items
Email ThisBlogThis!Share to TwitterShare to FacebookShare to Pinterest

Eric Cantona has declared that his latest film Looking for Eric is not just for Manchester United Fans.


The Footballer turned actor stars as himself in the Ken Loach film that was released at cinemas nationwide on June 12th.

Cantona insists that Looking for Eric is not just for football lovers as it's not just about the relationship between fans and idol, but it's also a love story, and also about a mans depression and the difficult relationship he has with his step-children. All of these issues he states are universal.

Are you a football fan, or know someone who is? Check out this fantastic Personalised Bound History of the Football Club of your choice only £44.99

Ana Ortiz who plays Hilda Swarez in the Hit US series ‘Ugly Betty’ has revealed that she is busy preparing for the birth of her baby daughter in July, although she is yet to decide on a name for her.

She said: "Naming is hard! We have a shortlist that keeps fluctuating between five to seven names. We're not going with any of the Apple or Pineapple names. I really want a Spanish name, but it has to be a Spanish name Americans can say without destroying it.

The mother-to-be has readied an eco-friendly nursery and was recently given a baby shower by her co-stars.
Looking for the perfect baby gift this Christmas? take a look at these fantastic Personalised Babys 1st Christmas Stockings. Was £19.99 now only £5.99
Email ThisBlogThis!Share to TwitterShare to FacebookShare to Pinterest

Make the most of your garden and your summer with some of the great discounts that can be found in 24studio's Summer Bonanza - online now. With over 1200 reductions on everything from garden furniture to kitchen gadgets, there has never been a better time to update your home and garden.


There is a definite sign that we Brits are in for a scorching summer, so take a look today and enjoy the sun, while it lasts!

Singing sensation Susan Boyle has started work on her debut album which is set to be released before Christmas.

Britain's Got Talent runner-up Susan, 48, spent Wednesday at a central London studio with producers from Simon Cowell’s record company, Sony Music, Susan's album is set to be a West End themed album which will apparently include her favourite West End hits, her cover of 'I Dreamed A Dream' and potentially a duet with her idol Elaine Paige.

"Wednesday was Susan's first day as a recording artist - she had a brilliant time," said a source. "She talked about what songs she wanted for the album - it’s going to be a case of trying to pin her down to her favourite ten or so." 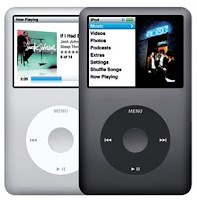 Listen to all of your favourite hits on this iPod Classic 120GB available in both Silver and Black only £179.99
Email ThisBlogThis!Share to TwitterShare to FacebookShare to Pinterest

Its not only Angelina Jolie’s birthday today, but she has also been named the most powerful celebrity in the world according to The Annual Forbes Celebrity 100 Power List, knocking Oprah Winfrey off the top spot in the process.

In a mixed year for Britons, Coldplay led the UK charge coming in at number 15 thanks to the success of their Viva la Vida album.

There was no room though for chef Gordon Ramsay and Harry Potter writer JK Rowling, both of whom dropped off the list.

The Forbes celebrity power index is determined by annual earnings and media visibility.

Oprah Winfrey was named top earner, taking home 275 million dollars (£168 million), but was beaten to the top by Angelina who despite earning less than a 10th of Oprah's wage was named most powerful celebrity due to her near omnipresence in the pages of tabloids and celebrity magazine.

Golfer Tiger Woods came in at fifth on the annual index, the only man represented in the top five.

Watch all of your favourite Angelina Movies on this Sony V5500 Series 1080p LCD TV, available in 32", 37" and 40" screen sizes from only £549.99
Email ThisBlogThis!Share to TwitterShare to FacebookShare to Pinterest

Shaheen, of Pontypridd, South Wales, could be lined up for a High School Musical-style project.Disney executives spoke to Simon Cowell about the Britains Got Talent finalist last week and he is said to be “keen in principle” about the prospect.

A source said: "Disney have been watching Shaheen. They are looking at potential movie roles that will make him an international superstar. 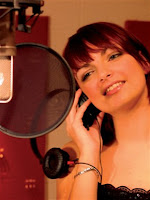 "It just shows the level of talent this year that one of the world's biggest film companies wants to sign him when he did not even make the top three. And Disney really know how to create superstars."

Hit the high notes with with this Fantastic Recording Studio Lesson from Virgin Experience Days only £99.00

Check out the rest of what 24Studio has to offer here
Email ThisBlogThis!Share to TwitterShare to FacebookShare to Pinterest
Newer Posts Older Posts Home
Subscribe to: Posts (Atom)