With over 1500 new items and 1000 reductions, the brand new Christmas living catalogue is a great place to start your festive shopping.

Splash out on stylish gifts including fabulous fragrances and stunning jewellery and watches for everyone in addition to 100s of must have toys for Christmas 2009.

Or add to your Christmas collection with new festive treats, trimmings and trees.

Remember Christmas is only 3 months away, so start shopping now!
Email ThisBlogThis!Share to TwitterShare to FacebookShare to Pinterest 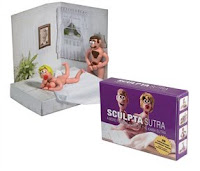 Feeling creative? Maybe a little adventurous? Let your imagination run wild with this Sculptasutra Modelling Kit only £12.99
Sculpta Sutra is the world's first 3D guide to the Kama Sutra.

The kit includes enough modelling clay to build two very flexible instructors who (along with the guide book) will bend over backwards to teach you all they know!

Order yours today and you'll receive:
Scupltasutra Modelling Kit – yours for only £12.99
Email ThisBlogThis!Share to TwitterShare to FacebookShare to Pinterest

Live-action 'Barbie' movie in the works

Universal has secured the rights to make a movie based on Mattel's iconic toy Barbie, says The Hollywood Reporter.

Julie & Julia producer Laurence Mark will oversee the project, which will be a live-action story inspired by the doll, whose full name is Barbara Millicent Roberts.

Barbie was launched in 1959 by Mattel and Ruth Handler. She quickly became one of the world's most recognisable toy brands and has appeared in various guises including a high-schooler, a pilot, a teacher and an astronaut.

The studio has declined to reveal details on the film's story, or if Barbie's long-time love interest Ken will make an appearance.

Check out the fantastic range of Barbie items at 24studio.co.uk. This Barbie dress Up is only £14.99
Email ThisBlogThis!Share to TwitterShare to FacebookShare to Pinterest

Former stray puppy Barney has been revealed as the latest Blue Peter dog.

According to The Dogs Trust, the 9-month-old canine has "immediately impressed" the show's staff with his "winning personality".

Presenter Helen Skelton was given Barney after he was originally taken to one of the Trust's rehoming centres. 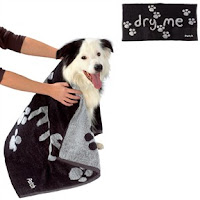 Blue Peter has a tradition of featuring pets on the show. Dogs, parrots, cats and tortoises have all appeared on the long-running children's series. Former dogs on the show have included Petra, Shep, Goldie, Mabel and Lucy.

Are you looking for a Christmas gift for your pet? Check out the great range of pet products, including many personalised items too!

This Personalised Pet Towel was £16.99, now only £6.79, that’s an amazing 60% off.
No comments:
Email ThisBlogThis!Share to TwitterShare to FacebookShare to Pinterest

Great News - you can now pay your Studio account online! 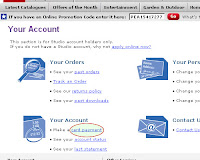 It's really that easy! Making a payment is only a click away.


Visit 24studio.co.uk where you can also change your details, track an order and see your account status.

Organisers have said that a record number of people attended this year's Surf Dog Surf-a-Thon in North Beach, California on Sunday.

The fourth such event saw a range of breeds competing for the top prize, the Daily Mail reports.

President of the Helen Woodward Animal Centre Michael Arms said: "It just doesn't get any greater than San Diego showing its love fordogs and its love for surfing.

"What could be more fun than playing with your dog in the water?"

He estimated that nearly 4,000 people came to watch the surfing at the annual spectacle, doubling last year's attendance.

Money raised from the event is used to send staff from the animal centre on trips as educators, while next year organisers hope to make the contest an international one.

Richard Hammond has said that he is still recovering from the injuries sustained in his high-speed car crash three years ago.


The presenter told Top Gear Magazine that reading about Formula 1 driver Felipe Massa's recent accident reminded him of his own experience.

Hammond said: "I damaged the front of my brain in my crash in 2006 and the thought of someone else having to set off on the lengthy journey to recovery from such an injury was a glum one.

"But every time I read that Massa hopes to return to racing in F1 soon after sustaining that head injury, I'll admit that my shoulders slump a bit. I know that for me, three years later, the process is still ongoing." 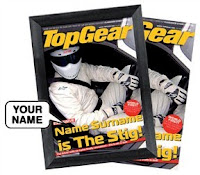 Massa suffered a fractured skull when he was hit by a spring from another vehicle during qualifying for the Hungarian Grand Prix in July.


24studio.co.uk have a fantastic range of Top Gear gifts for all the family. Check out this Personalised The Stig Poster, available both framed or unframed from £9.99
Email ThisBlogThis!Share to TwitterShare to FacebookShare to Pinterest

Simon Cowell: 'I would have rejected Ringo'

Simon Cowell has suggested that The Beatles would struggle to make it past the first phases of his reality talent shows with their complete lineup intact.

Speaking to Amanda Holden on CBS's The Early Show, Cowell joked that he would knock back Ringo Starr and only accept John Lennon, Paul McCartney and George Harrison.

Holden asked: "If the Beatles came on Britain's Got Talent or American Idol, do you think you would have put them through to boot camp?" 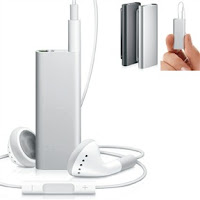 Cowell replied: "I think we would have said, 'We'll take those three but we'll probably lose the drummer'. Ringo, I'm afraid, it's bad news."

The Beatles have been tipped to dominate this week's album charts following yesterday's release of their remastered back catalogue.

Listen to all of your favourite music on this iPod Shuffle 4GB only £59.99
Email ThisBlogThis!Share to TwitterShare to FacebookShare to Pinterest

Theo Walcott's girlfriend is the new face of Helly Hansen 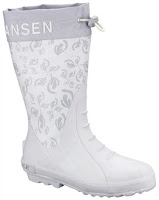 
Melanie, who is a big fan of the range, says the clothes are perfect for all kinds of weather.

"It's definitely stuff I would wear," the Sun quoted her as saying.

"There is a huge range, from fab jackets which are perfect for all the cold winter football games to gorgeous summer dresses," she added. 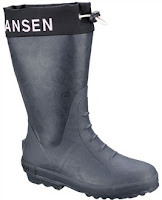 Check out the fantastic Helly Hansen range at 24studio.co.uk.

This Welly by Helly Hansen is HALF PRICE, now only £39.99, and available in a choice of Light Grey or Black
Email ThisBlogThis!Share to TwitterShare to FacebookShare to Pinterest

Liam Gallagher: 'Oasis over for good'

Liam Gallagher has reportedly revealed to a waiter that there is no chance of him returning to Oasis.

The star informed Vincenzo Della Corte of his decision not to rejoin the band while on holiday in Italy, The Mirror reports.

The 32-year-old waiter told the newspaper: "I had to ask him what the future was and he said it was all over and there was no way he would get back with Noel.

"He said that Noel had his style of music and he had his and they would be going their separate ways."

Della Corte added that Gallagher was very down-to-earth, saying: "You hear all these stories about Oasis being real rock and rollers but Liam was really polite and was very happy to talk.
"They were all having a good time and he didn't seem at all bothered about the fact he had caused one of the world's biggest bands to break up."