Offers of the Month

Check out the new Offers of the Month at 24studio.co.uk, it's packed full of fantastic bargains for your home and gifts for all the family.

Don’t forget your Garden this spring, from pools to planters; Gazebo's to Greenhouses, there really is something for every garden.

Don't delay, visit 24studio.co.uk and check out the latest deal of the day
No comments:
Email ThisBlogThis!Share to TwitterShare to FacebookShare to Pinterest

Sheen: I'm not an impressionist

Michael Sheen has blasted critics who recently claimed he is simply an "impressionist".

The Welsh actor is currently portraying Brian Clough in The Damned United, which focuses on the legendary football manager's tenure with Leeds.

However, previous roles as Richard Nixon and Tony Blair have led some to claim that he is simply impersonating the famous figures he plays.

"It's wrong. I hope people will be able to think about it a bit more and see it's not an impression. I don't do impressions," he told the Guardian.

"With absolutely no disrespect, give the script of The Queen or Frost/Nixon or Damned United to Rory Bremner or Alastair McGowan and let's see. But likewise I could try to do what they do and I would look a t**t because I can't do it."

Sheen recently claimed that he hopes the family of Brain Clough will go and see the film, which is released in the UK on March 27th.

Watch and record all your favourite films on this Samsung DVD and VCR
Recorder With Freeview at only £199.99

Don't forget to visit 24studio.co.uk and check out the latest deal of the day
No comments:
Email ThisBlogThis!Share to TwitterShare to FacebookShare to Pinterest

Ricky to move into TV

The Leeds-based band have retreated from the limelight following underwhelming reviews for their third album Off With Their Heads.

According to the Sun, the singer would like to stay away from music for at least two years and may concentrate on a new direction.

'"He's really good on telly. Lots of people have commented on his appearances on music shows and think he comes across well," a source told the newspaper.

"He's funny and has a good manner. They want to give the band breathing space and I think he could do really well on music or youth TV."

It was recently reported that the band received a ticking off at a lap dancing club for breaching a "no touching" rule.

Club boss Stephen Less said security staff gave them a "talking to", but added that they behaved themselves afterwards. 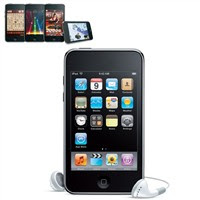 Listen to all your favourite Kaiser Chief tracks on a new iPod Touch 8GB at only £169.99!!

The wayward star has recently returned from a lengthy break in the Caribbean, where she composed several new songs.

However, Island believes that the demo tracks are too much of a departure from her acclaimed style.

An insider said: "Amy was very productive during her stay in St Lucia. She wrote a hell of a lot of songs, but the majority of them just aren't hitting the mark.

"She seems to have ditched her trademark vintage soul sound and is now heavily influenced by reggae."

The source claimed bosses from the label have told her that it is not a good idea to change her style to such an extent.

It was recently reported that the Back To Black star has now abandoned hope of salvaging her marriage to Blake Fielder-Civil, who is currently looking for a £5 million divorce settlement.

Listen to all Amy's hits on a new Goodmans' CD System complete with iPod Dock for only £79.99!


Don't forget to visit 24studio.co.uk and check out the latest deal of the day
Email ThisBlogThis!Share to TwitterShare to FacebookShare to Pinterest

No more Pirates for Keira

Keira Knightley has revealed she will not be in the next Pirates Of The Caribbean film, claiming to be "done" with the franchise.

Johnny Deep recently signed up to play Captain Jack Sparrow for a fourth instalment of the massively-successful series, for which he will reportedly pocket £32 million.

"It was a completely fantastic experience, and it was an amazingly large portion of my life, but I don't think I need to go there again," she remarked.

"I think that it's done. I'm very excited to see the next one. And [Johnny Depp] is so wonderful in that character. I think it'll be wonderful.

"Meanwhile, it has recently been reported that Brit comedian Russell Brand may be set for a role in the forthcoming film.

"A possibility, yes," the 33-year-old told The Billy Bush Show, "I think it's a possibility".

Watch all your favourite movies on this Samsung DVD/VCR combi player at only £69.99!


Don't forget to visit 24studio.co.uk and check out the latest deal of the day
No comments:
Email ThisBlogThis!Share to TwitterShare to FacebookShare to Pinterest

Amy Winehouse has reportedly splashed out £2 million on a home recording studio for her London home.


The erratic singer – who has just returned from a lengthy holiday in the Caribbean – recently admitted she was having difficulty composing material for her much-anticipated third album.

"I don't know when I will have something. I'm not feeling creative. I start things but I don't finish them," she told the Mirror.

According to the newspaper, the Back To Black star is installing state-of-the-art recording equipment in her mansion in the suburb of High Barnet.

It is thought that she will also complete work on sessions with Quincy Jones and producer Mark Ronson, which were cut short when she was admitted to rehab.

Meanwhile, it has emerged that the singer is returning to St. Lucia to headline the island's 18th annual jazz festival.

The slot was reportedly negotiated when she was on holiday on the island during the early part of this year. 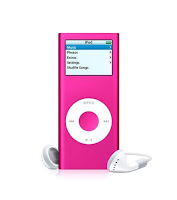 
Don't forget to visit 24studio.co.uk and check out the latest deal of the day.
Email ThisBlogThis!Share to TwitterShare to FacebookShare to Pinterest

Matt Damon has confirmed that another installment of the Bourne franchise is scheduled to go into production.
The first three movies – which have grossed more than $900 million (£633 million) worldwide – have been a huge hit with cinemagoers, making the character a serious rival for the rebooted James Bond.


Damon told Parade that another movie will be going ahead, but stressed that it is still in very early stages.

"We're working on it. This time it would be from an original script rather than a book by Robert Ludlum," he said. "But the director Paul Greengrass is busy and I am too, so we'll see what happens.

"On the subject of the demands of the role, he said: "I am 37 now. After a tough fighting scene, the next day you wake up and feel your body more. That's just the way it is.

"The actor recently claimed that he no longer leads a very glamorous lifestyle, describing himself as "boring".

Watch all your favourite movies on this fantastic Sony Blu-Ray Player only £219.99

Don't delay, visit 24studio.co.uk and check out the latest deal of the day
No comments:
Email ThisBlogThis!Share to TwitterShare to FacebookShare to Pinterest

Jen and John off again?

Jennifer Aniston and John Mayer have reportedly split up. Again.

The pair have been in an on/off relationship since May 2008, with recent reports claiming they are planning to marry.

It was claimed this week that Mayer had approached top US jeweller Lorraine Schwartz about making a custom engagement ring for the Former Friends star.

However, according to People, they are said to have ended their relationship when the 40-year-old actress returned home from Europe, where she was promoting her movie Marley & Me.

"They had some disagreements and decided to not continue to see each other," said a source. "Jen is moving on with her life like she always does. She seems happy."

Despite splitting in 2008, the pair have been spotted in each other's company frequently in the last few months and recently attended the 2009 Oscars together.


Getting married? Take a look at these fantastic personalised gift ideas.

Don't forget to visit 24studio.co.uk and check out the latest deal of the day.

Helena Christensen has claimed that she loves food and spends much of her time eating.


The Danish supermodel – who dated INXS singer Michael Hutchence before he passed away in 1997 – is the envy of women the world over for her svelte figure.


However, the fashion star said she is just lucky to have such a body and puts it down to having a fast metabolism.

Helena added that she still maintains a strict exercise regime to make sure her health is not compromised.


Since turning 40 last December, the former Miss Denmark has claimed she is in better shape now than when she was 25.

Elsewhere, the model recently revealed she has never lived with a man, despite a string of romances. 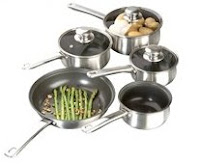 Former EastEnders star Todd Carty is reportedly being lined-up to direct and star in the forthcoming comedy The Perfect Burger.


The actor recently received much press for his accident-prone appearance on Dancing On Ice, which made him a big hit with viewers.

According to the Mirror, he has been offered the job of directing the Co-operative British Youth Film Academy movie because of his performance on the popular celebrity talent show.

A friend said: "He was offered the gig because the movie people reckoned he was so funny on the ice."

He is really excited - directing a film is a dream come true for Todd as it's something he really wants to get into. He is also really looking forward to acting again."

It was recently reported that Todd has been invited to perform on the Dancing On Ice final, as well as signing up for the show's live tour.


Take a look at this fantastic range of DVDs

Don't delay, visit 24studio.co.uk and check out the latest deal of the day
Email ThisBlogThis!Share to TwitterShare to FacebookShare to Pinterest

Former EastEnders actress Daniella Westbrook may be set to make a return to the long-running soap opera, it has been claimed.
The 35-year-old actress played Sam Mitchell during the 1990s, but struggled with a much-publicised drug addiction.
However, producers are reportedly ready to offer her the role once again, despite Kim Medcalf taking over the part between 2002 and 2005.
"[Daniella] was the original Sam and the chemistry with Sid Owen as Ricky was exciting stuff. If she returns it will be the talk of soapland for months," a source told the Sun.
"This would hark back to the Albert Square brat pack - Ricky, Bianca, Janine and Sam."

Daniella has returned to the role twice in the past, but her substance problems continued to affect her work.
The actress's last appearance on TV was when she took part in the second series of ITV jungle reality series I'm A Celebrity… 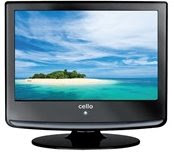 Watch all your favourite reality shows on this Cello 15" LCD TV/DVD with Freeview. Only £189.99