Top Ten Back to School Essentials 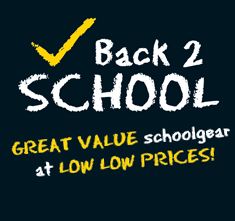 
Continuing with: Top 10 Back To School Essentials

The School Holidays may have just started, but it’s never too early to prepare for the start of the School term, and here’s our pick of the best back to school essentials:


Visit our Back to School collection online now to see a wider range of items - all available to buy online now, with flexible payments.

Find out more about online shopping with Studio, including personalised gift ideas for the whole family.
Email ThisBlogThis!Share to TwitterShare to FacebookShare to Pinterest

Transform a Room For Less

Moving home or redecorating isn't always an option as it can prove to be quite costly, but you can transform the look of a room quickly and inexpensively by simply hanging a new canvas or print.


At 24studio there are a wide range of canvases to suit every budget, so no matter what look you want to achieve and at what price we can help you to achieve it, whether it is a landscape print, abstract, a floral print or cityscape


This atmospheric photographic image on canvas of a winter's day scene in New York is simply stunning, it is a large canvas measuring 90 x 130cm, and would look striking on a chimney breast or on a feature wall, or even as featured here "propped up" against a wall.
Large Avenue of the Americas Canvas Was £99.99, Now Only £49.99.
Looking for other finishing touches or a fresh new look? Then take a look at the Home Decor section at 24studio.co.uk


Find out more about online shopping at 24studio.
Email ThisBlogThis!Share to TwitterShare to FacebookShare to Pinterest

24Studio offer a fantastic range of Hello Kitty items,  prices from Only £6.99.

This Hello Kitty Bed Warmer is just adorable,  all you need to do is to remove the wheat bag from the Hello Kitty plush and place in the microwave for 1 minute for a wonderfully warm friend. Full instructions included. Only £19.99.

These Hello Kitty Personalised Pyjamas are available in 6 sizes, from age 3-4 to 13-14, they are 100% cotton pyjamas and can be personalised with a name which is up to 11 letters long. Now Only £9.99

Take a look at 24studio at all our Hello Kitty items. There's something for every Hello Kitty fan!

For more personalised gifts, visit www.24studio.co.uk/gifts
No comments:
Email ThisBlogThis!Share to TwitterShare to FacebookShare to Pinterest 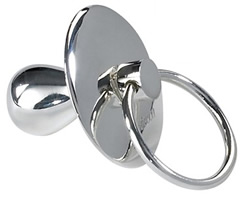 David and Victoria Beckham welcomed their fourth child into the world this week.

Their first daughter, a playmate for sons Brooklyn, Romeo and Cruz has been named Harper Seven, and there has been lots of speculation about the meaning of her name.

Various theories have sprung up about the reason behind their choice of Harper as first name, and it seems that the middle name Seven is a reference to David's Man United football shirt number.

Whatever you think of Harper Seven as a choice of baby name, it's certainly unusual and stands out from the crowd... as do the celebrity offspring in our Top Twenty Unusual Celebrity Baby Names...


Would you consider naming your offspring with an usual name like any of these?
Would you name your baby after a celebrity or role model?


Looking for a gift for a new baby? 24studio has a great range of baby and christening gifts - including personalised keepsakes and toys. Find out more about online shopping with 24studio, including personalised gift ideas for the whole family.
Email ThisBlogThis!Share to TwitterShare to FacebookShare to Pinterest

We have extended our product range at 24Studio with a large selection of products which are available exclusively online.

These Online Exclusives range from games and accessories, kitchen and utility, living room, wedding, bedroom and digital cameras.
Get your exclusive deals here!
This months HOT BUY is a Royal Wedding 2012 Calendar. Re-live the most memorable day of the 21st Century and be amongst the first to own the official Majesty Royal Wedding Calendar, full of stunning photographs taken on William and Catherine's big day, which took place on 29th April 2011 at Westminster Abbey.
The Royal Wedding Calendar is illustrated with beautiful photography from this historic day throughout, and provides the perfect keepsake or gift.
This 16-month calendar runs from September 2011 and measures 30cm x 60cm when open.