The Pet Shop Boys have been forced to censor their latest album by the Chinese government.

The duo released Yes, their 10th record, earlier this year - but were made to change the lyrics to a track before it could hit the shelves in China.

Officials in the country took offence to the words of Legacy: "Governments fall/ Glaciers melt/ Hurricanes bawl.../ Resentment remains/ both east and west."

But singer Neil Tennant is baffled by the outrage the song has caused.

He says, "Does the Chinese government really fear the power of a song to bring about change?"

Listen to all your favourite Pet Shop Boys hits on this Harwood HAM221 Micro System, our lowest priced Micro System only £49.99

No comments:
Email ThisBlogThis!Share to TwitterShare to FacebookShare to Pinterest

Get ready for a heatwave

The coming summer is 'odds on for a barbecue summer', as according to this morning's weather forecast it looks like we could be set for a heat wave.

Get ready for summer now with this Bestway 8ft Fast Set Pool: our lowest priced pool. Was £59.99 now only £29.99
Email ThisBlogThis!Share to TwitterShare to FacebookShare to Pinterest

Peter Andre has denied that his split with Jordan is a publicity stunt.

In his column for New! Magazine Peter Andre said he wanted to set the record straight.

He said: "I don't really want to go into any detail as it's all so raw and I'm completely crushed. I would, however, like to take this opportunity to set the record straight about one thing. 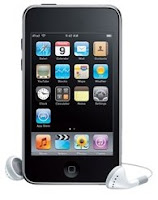 "You may have read or heard that this is a publicity stunt, but I can assure you it's not. How anyone could think I would pretend to split up from my wife to grab headlines is beyond me. It's just sick."

He said that "everything is up in the air at the moment," and thanked fans for their messages of support.

Are you a Peter Andre fan? Listen to all of his chart topping hits on this fantastic 16GB iPod Touch only £219.99

24Studio has all the latest school essentials plus gifts and toys galore in Back to School 2009. There's a fantastic range of Science and Art products, as well as Musical Instruments and Books. There really is something for everyone.

Make sure your child doesn’t lose their property with our range of personalised pencils and pencil cases, and don’t forget those important personalised iron on labels, definitely a must for any school uniform. 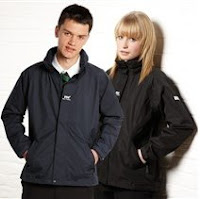 Take a look at these fantastic Helly Hansen 'Aden' Jackets now half price from only £32.50 available for boys and girls, and in a choice of three colours: black, steel and blue.

Dont forget to check out our Christmas Book 2009 - its online now
Email ThisBlogThis!Share to TwitterShare to FacebookShare to Pinterest

The long awaited launch of 24studio's Christmas Book 2009 has finally arrived.
There are over 2800 items reduced, and a wide range of gifts for everyone. 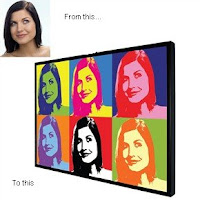 From the latest toys and games for kids, great gift ideas for grown ups to stunning new products for the home, and of course not forgetting the brilliant range of Christmas decorations, and a vast range of personalised items

Take a look at this brilliant Personalised Pop Art Print; you can turn your favourite photo into a work of art, and for only £34.99, definitely one not to be missed

Or check out all the other products 24studio has to offer via the
24studio homepage.
Email ThisBlogThis!Share to TwitterShare to FacebookShare to Pinterest

Offers of the Month 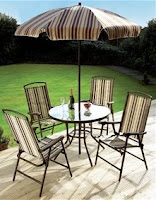 The outlook for May couldn't be better, there are 2 Bank Holidays looming, the sun is set to shine and we've reduced over 650 items in our brand new offers of the month!

Take a look now and find great discounts on everything from fantastic garden furniture, fun activities for kids, stylish homewares and much more.

Check out this fantastic Rimini 6 Piece Patio Set: half price, was £299.99, now only £149.99, available in a choice of 5 stunning colours.
Email ThisBlogThis!Share to TwitterShare to FacebookShare to Pinterest
Newer Posts Older Posts Home
Subscribe to: Posts (Atom)